Is an Open Office Plan Good or Bad for Your Business?

Businesses that are looking for a new office space or redesigning the space they have now have to decide whether to use an open office plan or stick with the traditional personal workspace plan. Ultimately the decision depends on the type of business, the space being used, and the work environment goals. Learning more about open office plans is essential to make an informed decision. 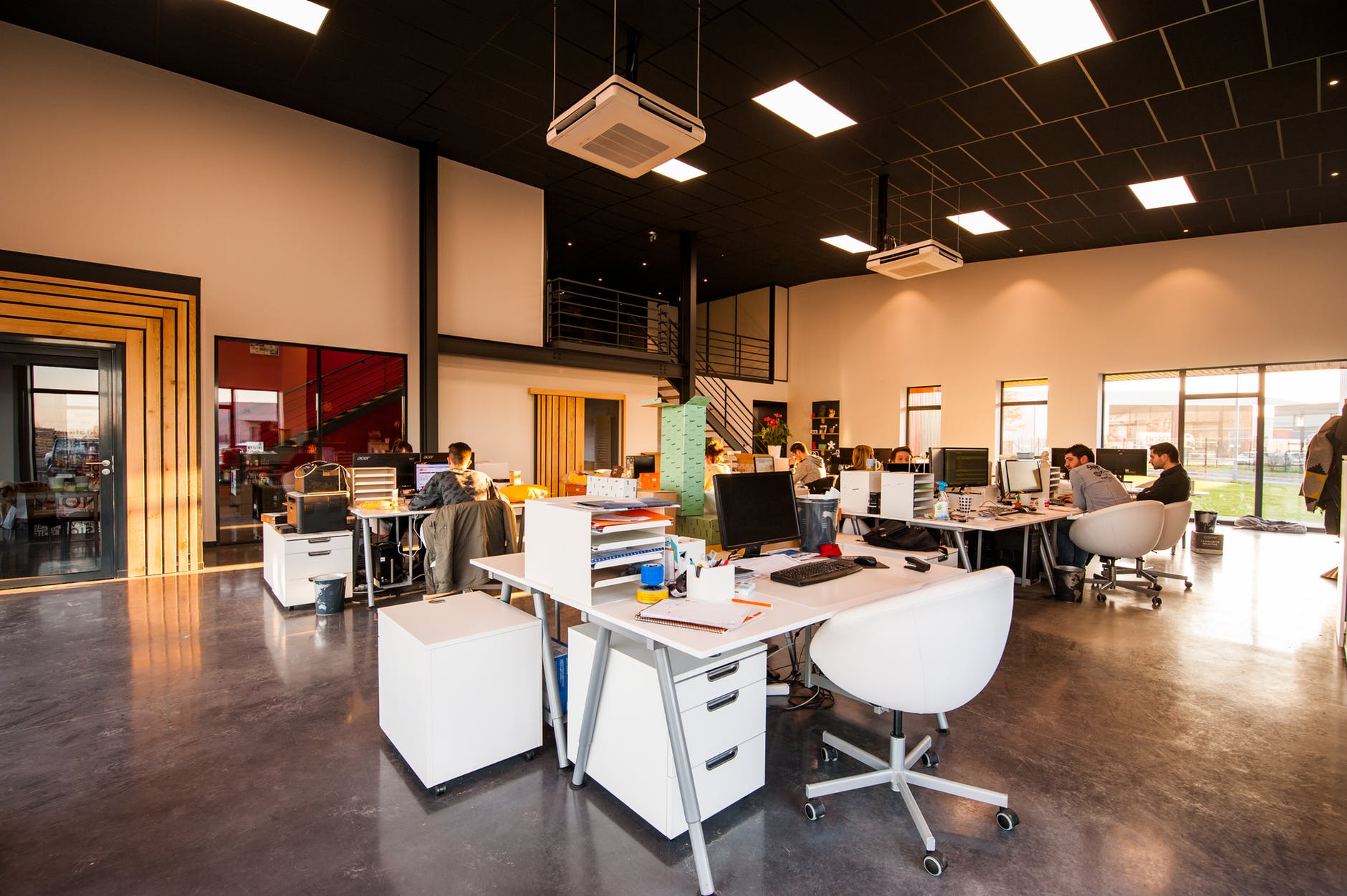 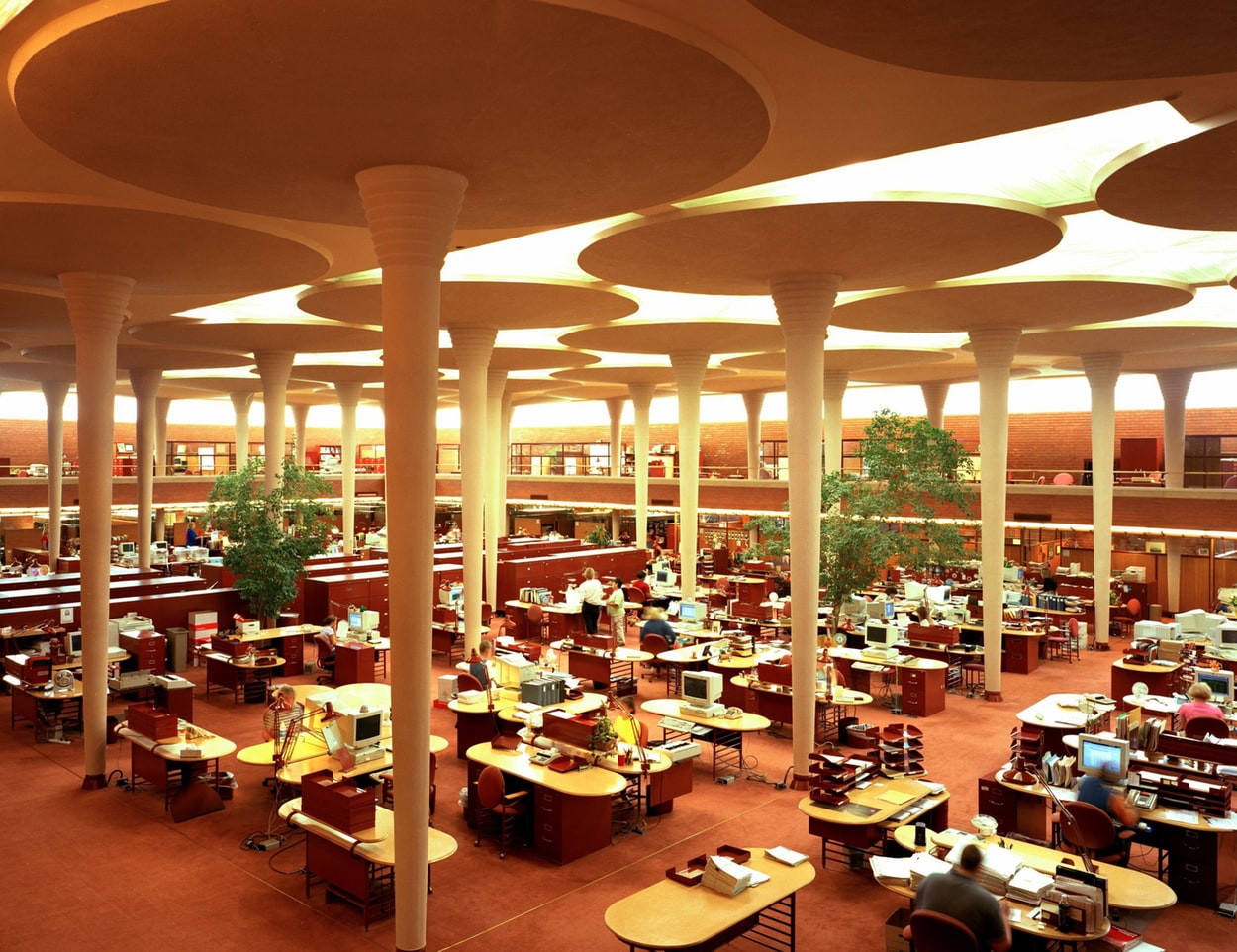 Open office plans in the 1950s were usually just long rows of desks or benches for workers like clerks, typists, or technicians to do their work. They were often only used for professions that required repetitive tasks. A German team created an office landscape technique which used strategic placing of furniture, screens, and plants to create areas for groups to work in on open office floors. This later developed into cubicles which divided a large open space into smaller workstations without changing the structure of the building.

During the late 20th-century, a return to open workspaces started to emerge. Companies started combining a mix of cubicles, open workspaces, and private offices to allow for a variety of groups and individuals to complete their work. Sometimes these spaces were not assigned to employees, but where an individual worked changed depending on the needs for the day.

In 2002, Michael Bloomberg started using what is referred to as the bullpen style office where most employees are at desks in an open space but are grouped in teams. Different versions of open office plans exist today, but the bullpen style is what most people think of when referring to open plan work environments.

What are the advantages of an open plan office?

There are benefits to using an open office plan. One of these benefits is an increase in collaboration. If people are working near each other and can see each other and converse easily, they are much more likely to share ideas and brainstorm to solve problems. This, of course, can be done via technology, but looking up and asking the question comes much more naturally than opening an app or software and typing it in. 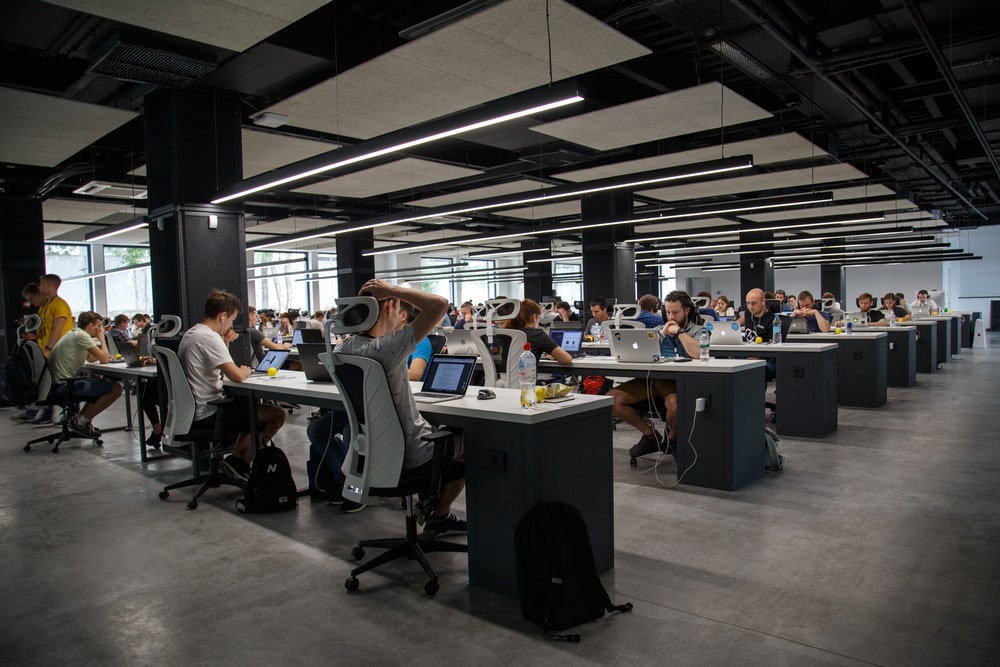 The open office plan not only helps employees, but it also lowers costs for the company. Building an office with fewer walls and rooms saves time and money during construction. It is even more economical because you can provide more workspace in a smaller area with an open plan. It is also less expensive when it comes to heat, air conditioning, and electricity.

Open office plans encourage more movement for employees. When working in a cubicle, it is easy to fall into the trap of thinking you must not leave the work station. Open concepts are much more liberating, and employees tend to get up and stretch or move around more often. This is better for productivity, but more importantly, it is also better for employee health.

An open office plan is also more flexible if a new trend emerges or a better productivity layout is discovered. Not having to worry about walls means that companies can rearrange to fit growing or changing needs.

If you are in the northwest and needing a full design open office furniture set  and needing some furniture for your open office plans go check out https://biispaces.com/ (Business Interiors of Idaho) and they will help you retrofit your office to utilize your space the most effectively.

What are the disadvantages of an open plan office?

Some studies have suggested that the promotion of collaboration is not enough to outweigh the extra noise and distractions caused by open office plans. Overhearing small pieces of conversation, both in-person and on the phone, can derail productivity. The increased stimuli in other areas like other people moving around or multitasking will interrupt a train of thought which takes time to recover from and get back on task.

Open office plans can also increase sickness throughout the office. Working in an open space means coming in contact with other people and sharing the air they breathe and cough in frequently. One illness can wipe out an entire team, which is bad for business.

Are open offices better or are they failing?

Whether an open office space is better or worse for a business depends on a lot of different factors. Team size, company type, number of employees, and typical workday schedules should all be taken into consideration when deciding which floor plan will work best. For some businesses, an open office plan will be too distracting and ineffective. For other companies, it might encourage the push of creativity needed to expand. It all depends on the current situation and the end goal.