The Best Neighborhoods to Start a Business in Boise

Boise is currently the 8th fastest growing city in the U.S. Business Insider states that around 56 new people move to Boise a day, whilst the most recent census data highlights that Boise is growing at a rate of 1.25% annually. What is attracting this growth? The increasing costs of living in the larger cities, particularly in Los Angeles and San Fransisco combined with the more affordable housing costs in Boise are providing an incentive to move. Boise attracts the most population growth from California, likely due to its close proximity to these capital cities and the opportunity to grow from a career standpoint in a relatively small capital city with a cheaper cost of living. The Southwest region of Idaho is the largest growing, with Boise being the biggest Metro area. The Idaho department of labor state that the “largest industries by employment are food and drinking establishments, administrative and business support services, and healthcare.” 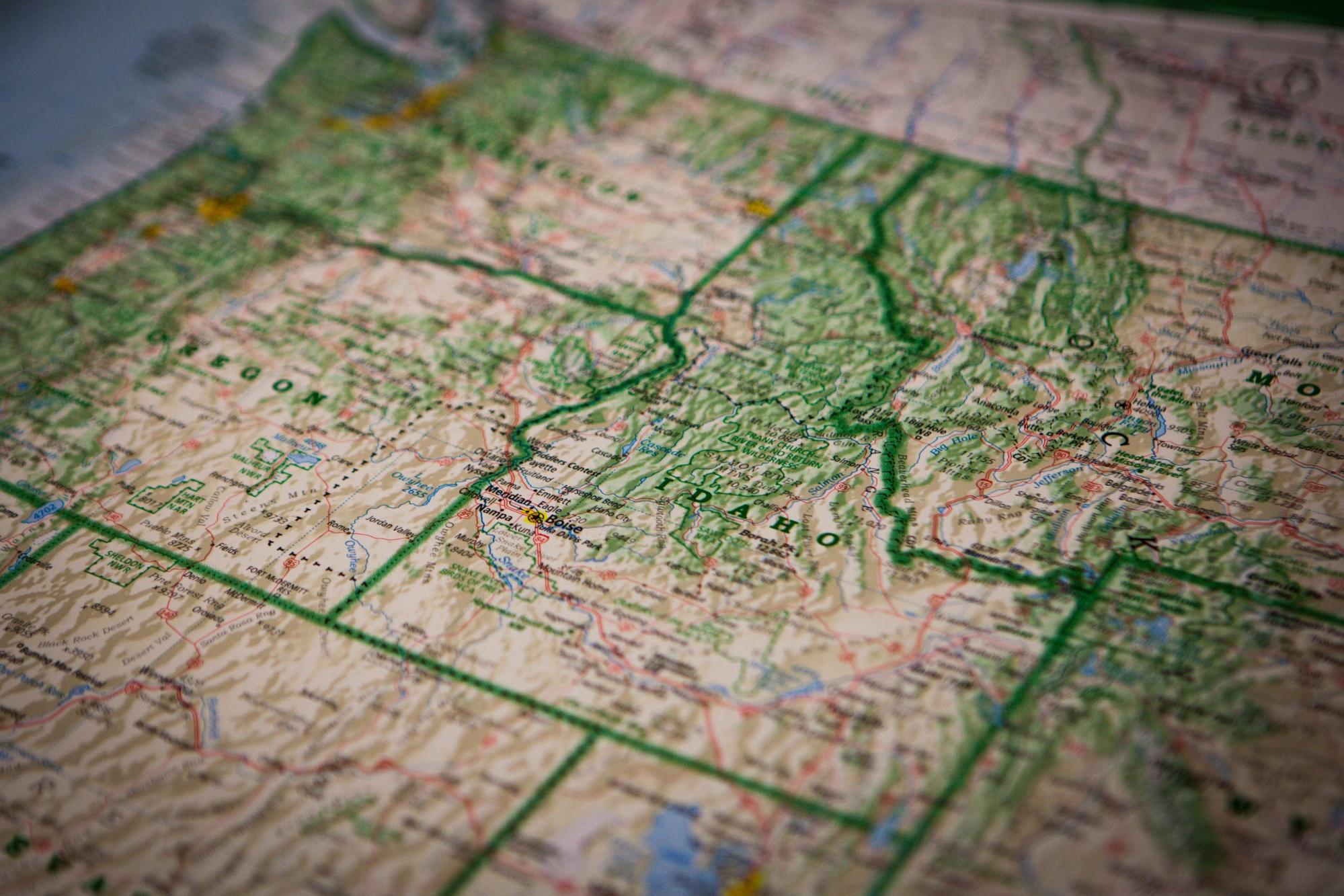 Neighborhoods that are experiencing the most population growth are the Boise Bench, East End Boise, and the Garden City Corridor. We’ve taken a look at the demographics and business data from each neighborhood to help you determine the optimal location to establish your business. 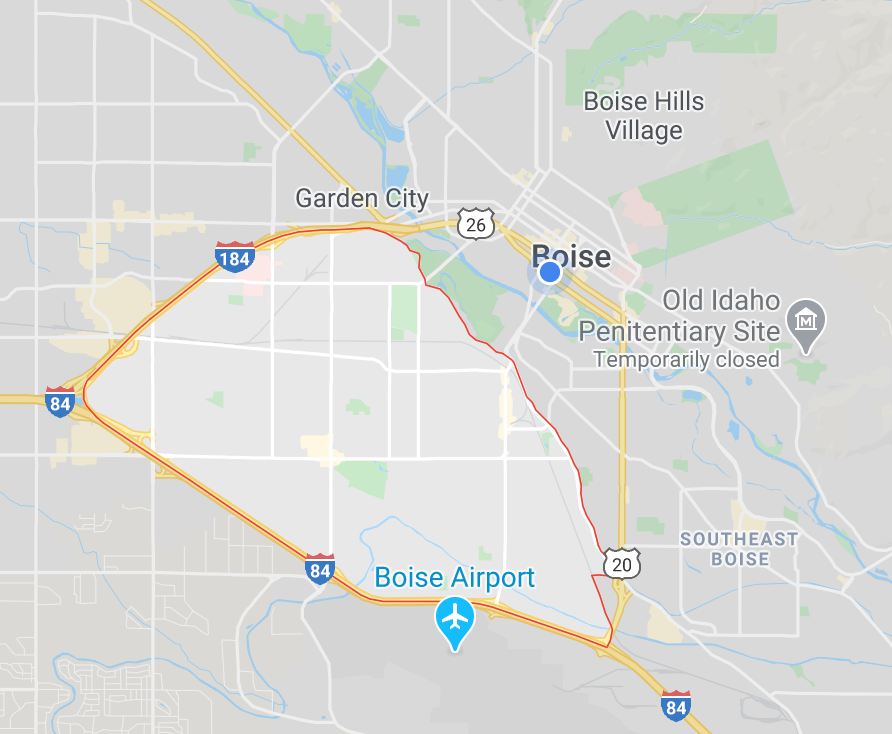 The Boise Bench region is quite a large region containing a few different neighborhoods such as Central Bench and Depot Bench which have a combined and growing population of 6,018 as per the last census. Central Bench itself has a population of around 5,629. The postcodes for this region are 83706 and 83705. It is known as the ‘bench’ due to its overlooking aspect of Boise downtown. The majority percentage of household types in this region are married (40.2%) and single-person (36.2%) as per Statistical Atlas. Interestingly, most of these married couples are without children (81.4%).

See the graph below which highlights the main industries of employment for individuals living in the Boise Bench region pulled from Statistical Atlas: 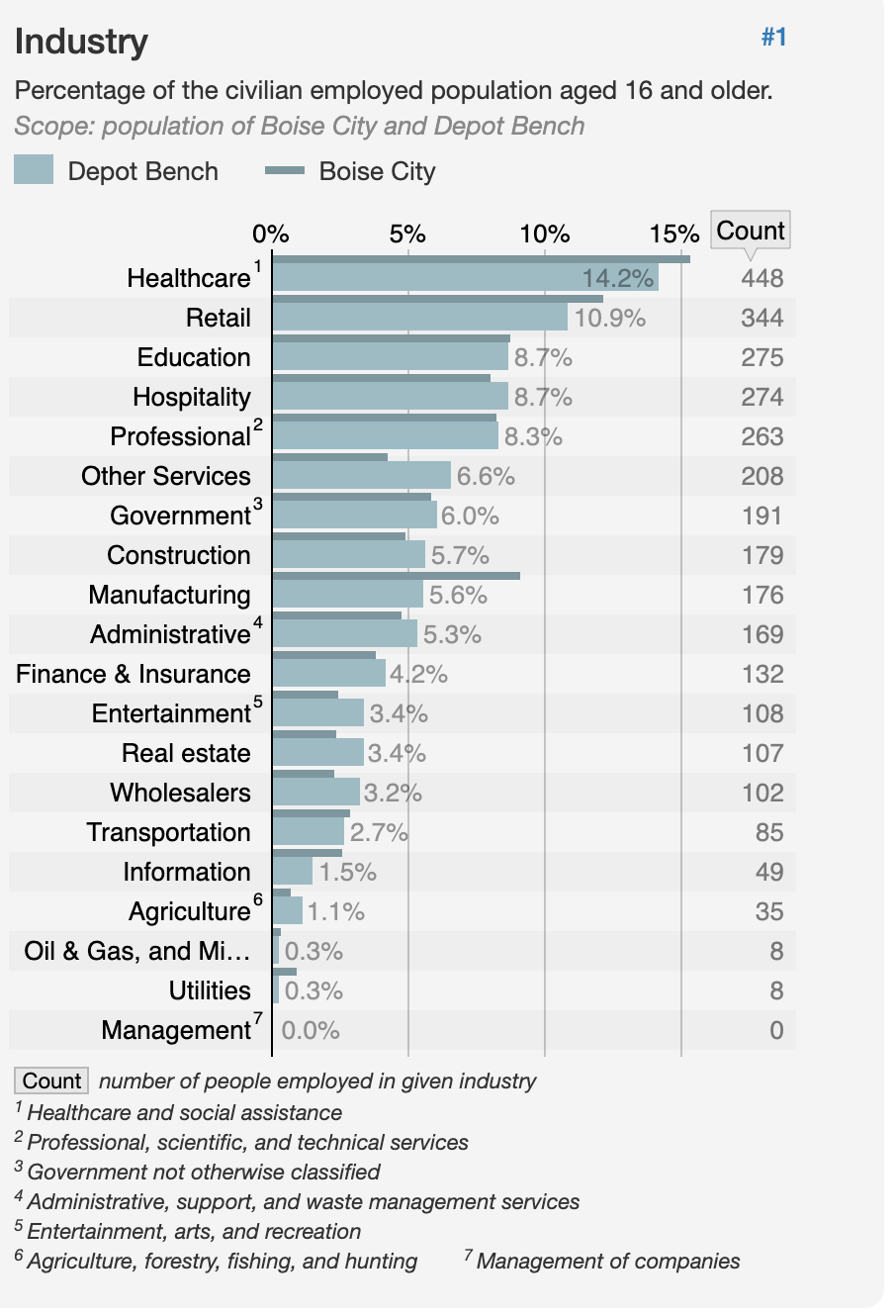 Noticeably Healthcare and retail dominate the industry employment sector in the Boise Bench region. This is to be expected, as public and private healthcare is one of the largest employment sectors in the Southwest region of Idaho, particularly Boise. St Luke’s Healthcare system employs over 14,000+ individuals, with its main hospital based on the edge of Downtown Boise. It suggests that many workers are commuting to healthcare jobs in the North End of Boise and Meridian where two major hospital hubs are located.

The graph below highlights the main occupations of employment for people living in the Boise Bench area: 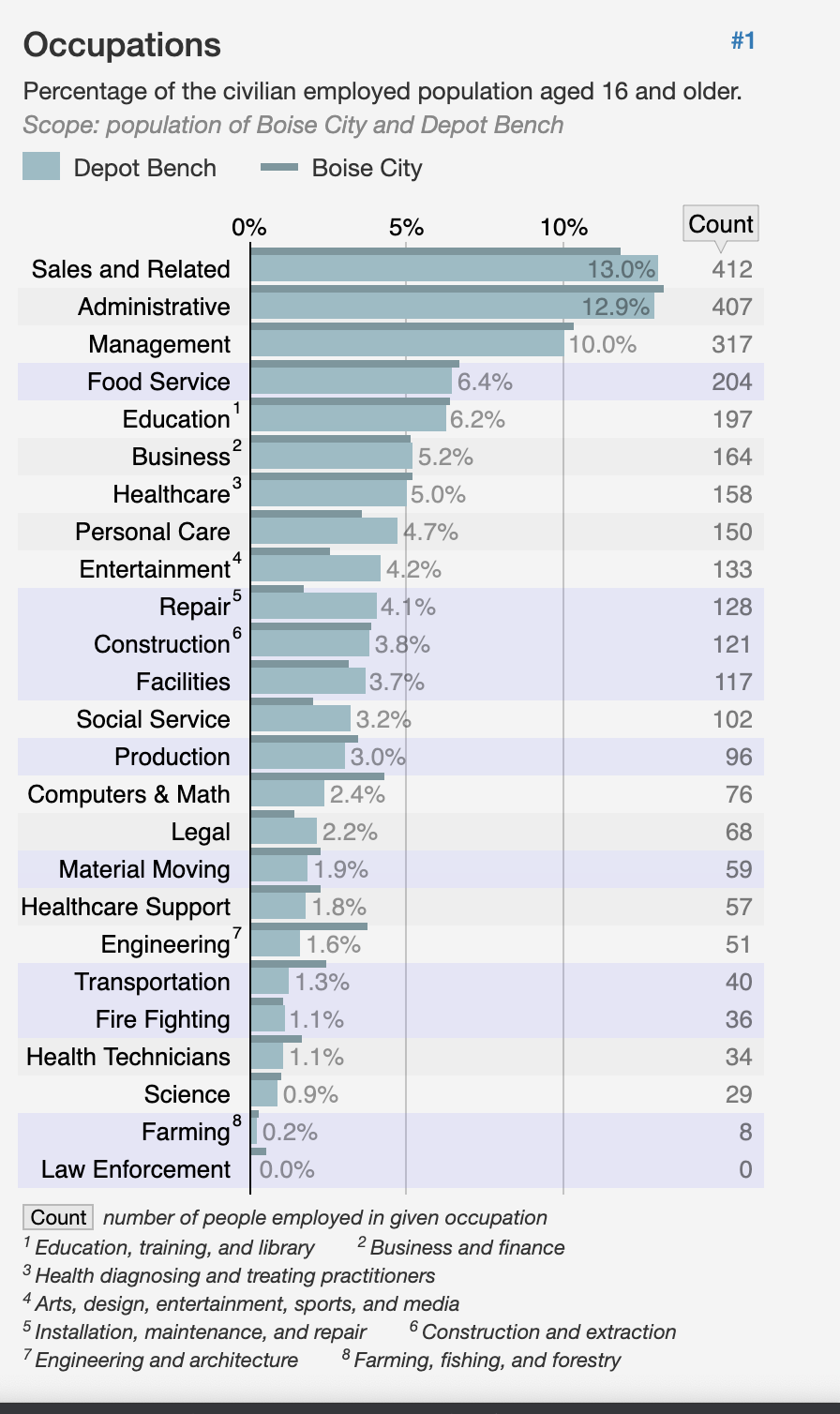 The Bench is composed mostly of a variety of housing, retail businesses, some grocery stores and services according to The City of Boise. There are a variety of popular fast-food joints, most on the main road South Vista Avenue which runs through the area. The main shopping center for the area is Hillcrest Shopping Mall, which is home to a variety of small businesses and retail chains.

The Bench region is growing with a neighborhood focus as per The City of Boise Council plans. There are two parks, including the new Franklin Park which aim to attract families and increase the liveability of the area. The nearby Hillcrest neighborhood has more of a large-scale business presence with The Hillcrest Mall hub, however The Bench caters well to small businesses offering day-to-day services for working individuals and families. This includes salons, car repair, veterinary services, gas stations, places to eat out and socialize. The council plans also prioritize bicycle and pedestrian facilities, which will impact the foot traffic to businesses in the area. 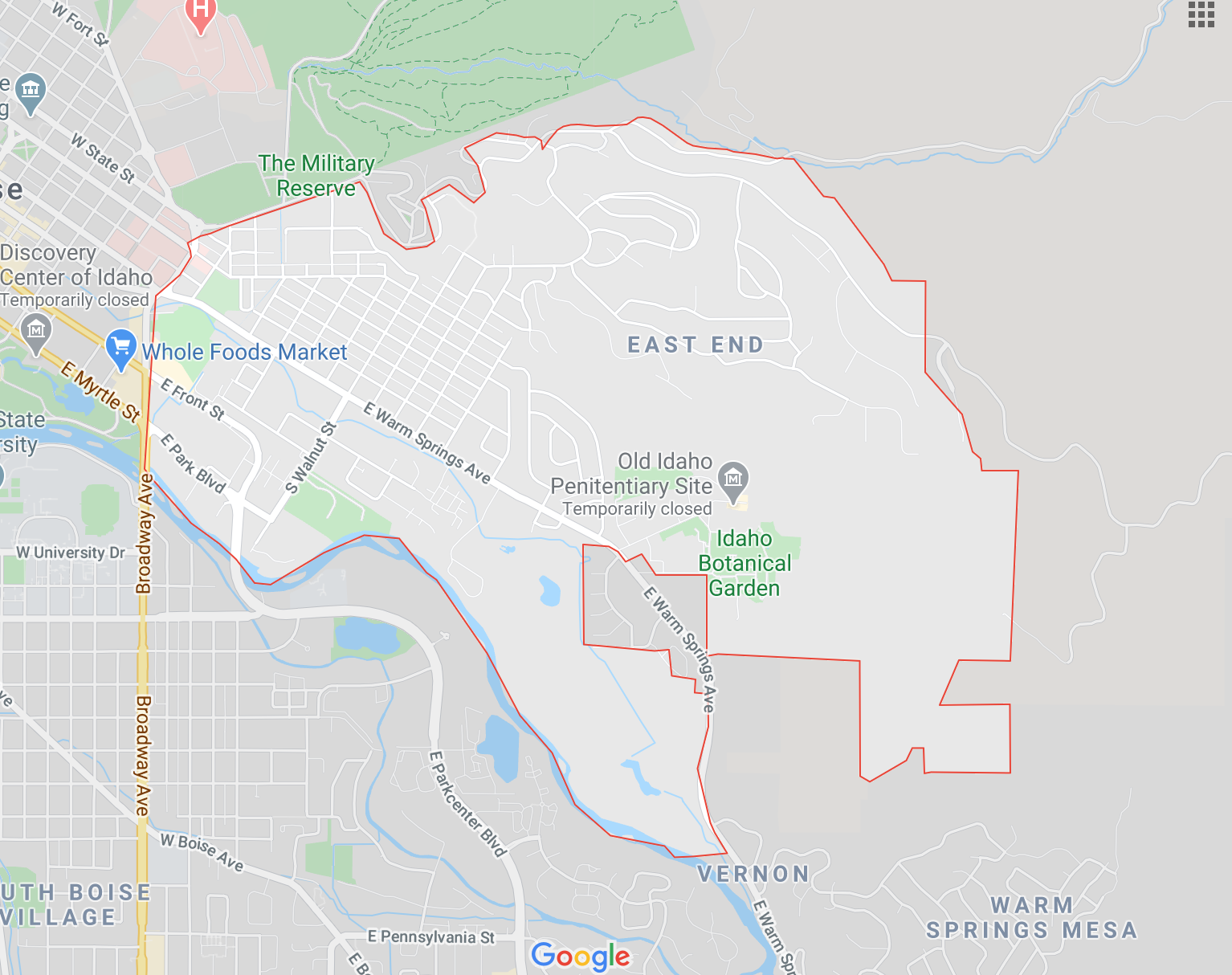 The East End of Boise has a population of around 7,659 which accounts for 3.3% of the city’s population according to The City of Boise. In terms of age demographics of the area, it is either end of the scale, with the 20-29 age group leading, and the 60-69 age group close behind. Please see the graph below provided by The City of Boise: 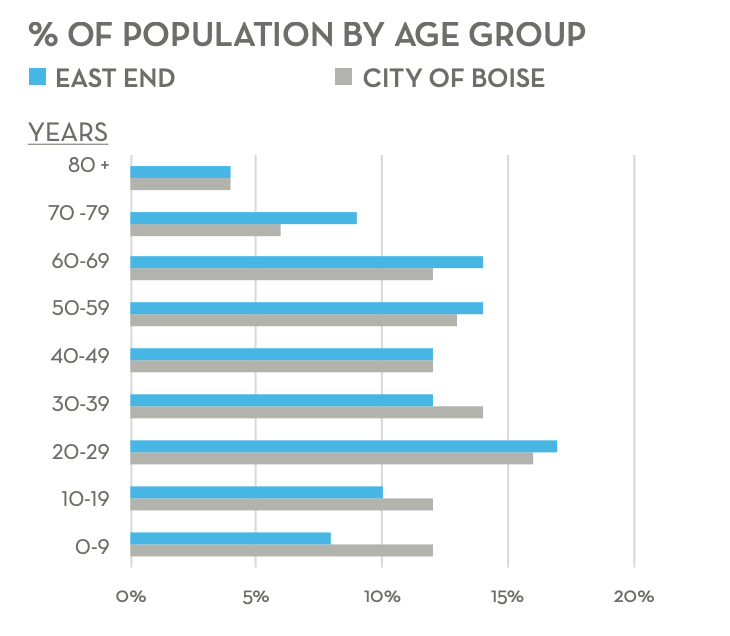 This is primarily a result of Boise State University being close by, attracting students to the area, mixed with an older population tracking towards the retirement demographic. The East End is seen as a very ‘liveable’ area of Boise, being home to a large number of parks, recreational facilities such as Warm Springs Golf Course, and mountain biking/walking trails including the well-known Table Rock Hike.

The community assets for the area are highlighted in the table below: 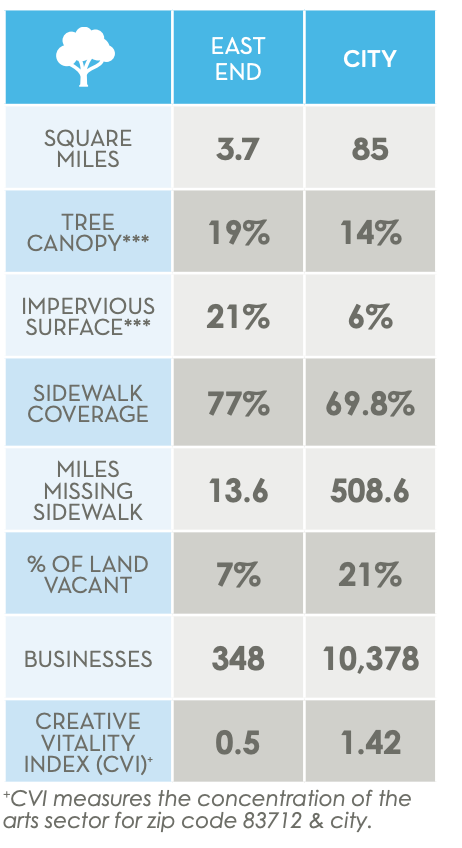 This table demonstrates that a large majority of people moving to Boise’s East End are moving for residential purposes, demonstrated foremost by the residential real estate offerings in the area. Most commercial businesses are setting up shop in the nearby Boise Downtown. East End Boise living has a suburban feel to it, ranked #2 of the best neighborhoods to live and raise a family in Boise.

The primary businesses established in the East End of Boise are eateries/restaurants, bars, and coffee shops, and well-respected private schools. These serve an entertainment purpose that fits in well with the suburban residential feel alongside the mix of age demographics in the region. Good businesses to consider establishing in this area are those that offer friendly, local service that attracts university students and families. Most businesses are on the small business side of things. 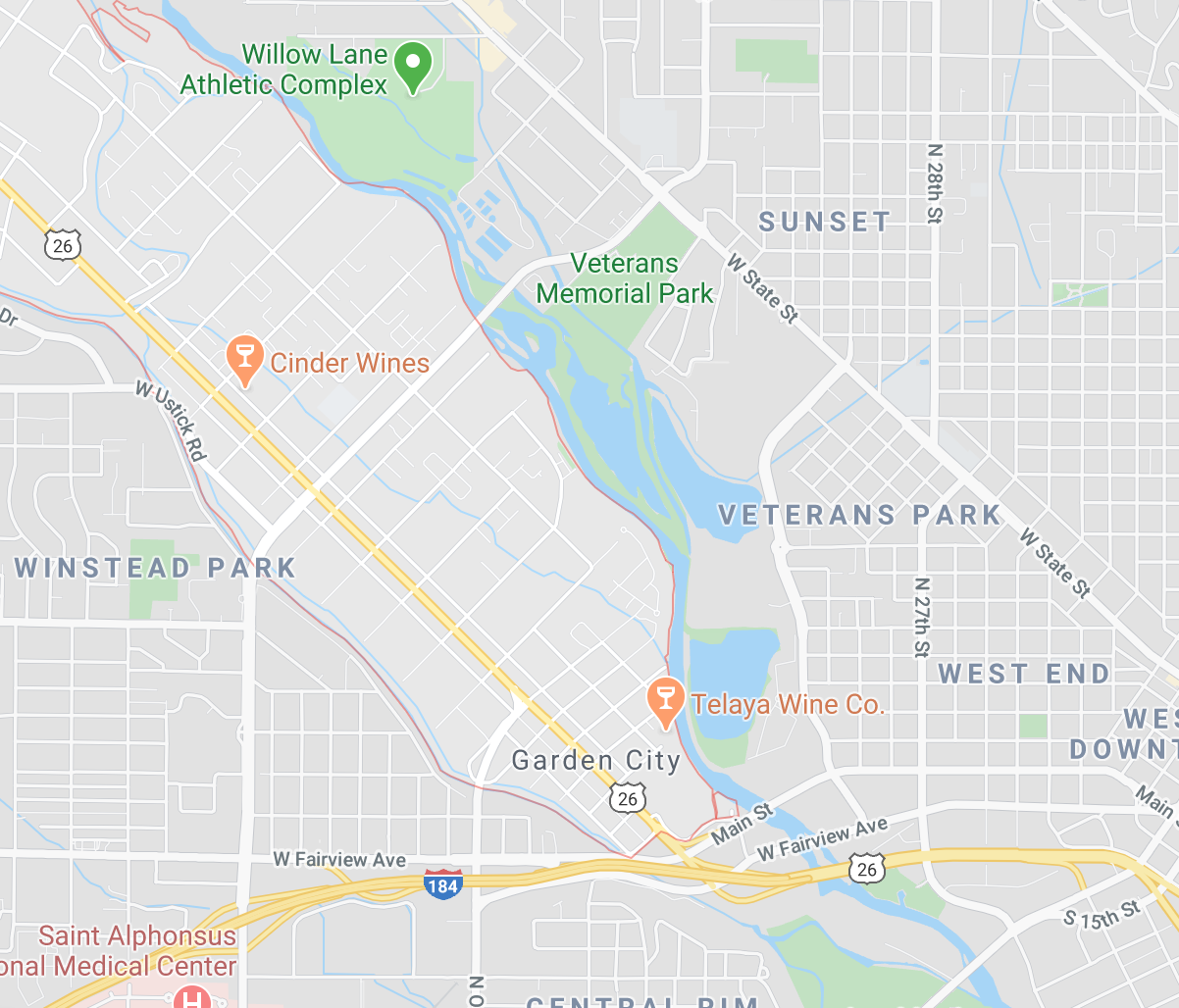 Garden City in a larger neighborhood covering 4 miles, separated from the northern parts of Boise by the Boise River and the well-known Greenbelt. The Greenbelt has provided residents of Garden City an easy alternative commute option via foot, bike, or scooter. This is a great alternative to reduce the traffic congestion on State Street which connects Garden City to Downtown Boise. The population of Garden City is climbing steadily, currently around 12,161. The area has a slightly higher median age of 46, compared to the other areas explored in this post. The graph below shoes continual population growth in the region: 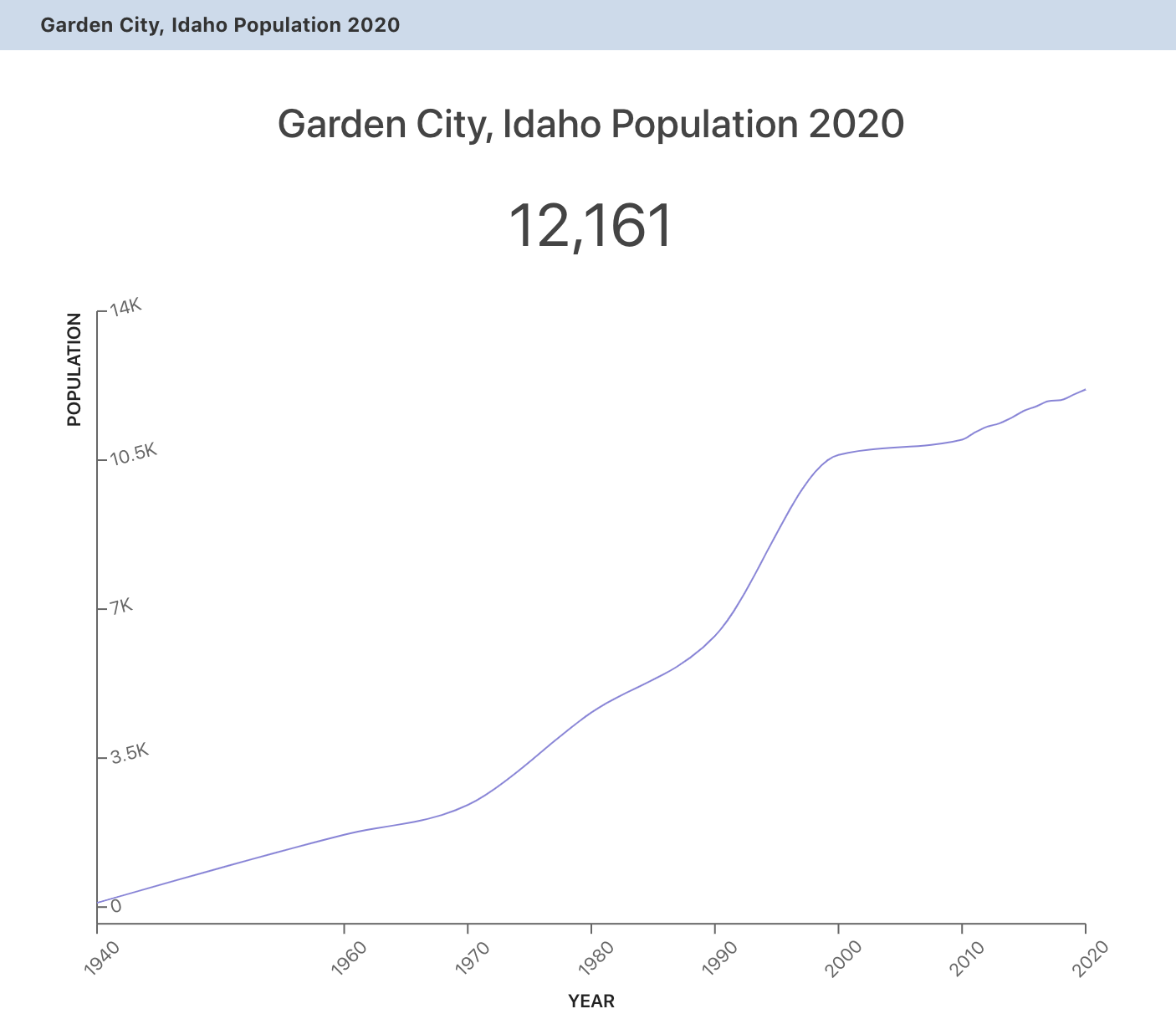 Unlike The Bench or East End Boise, larger service and industrial businesses have established bases in Garden City. It is an optimal geographical location for industries, as it borders Eagle, Meridian, and Boise, providing easy access to each area.

It is worth noting that recently Garden City announced the launch of its “Shop 516 Campaign”, which aims to support small businesses, eateries, and services in the area. This is a “virtual marketplace” composed of 60 small businesses to promote deals and local shops in Garden City. This campaign highlighted that there is an abundance of small family-owned businesses, predominantly restaurants in the Garden Valley corridor area. Interestingly there are also breweries, cideries, and wine tasting rooms, intermingled with auto-repair businesses, and outdoor and camping gear stores. According to Garden City visitors Bureau, there are more craft beverage tasting businesses per square mile than any other region in Idaho. There is even a river wave and surf rental store, right near the ski rental store. 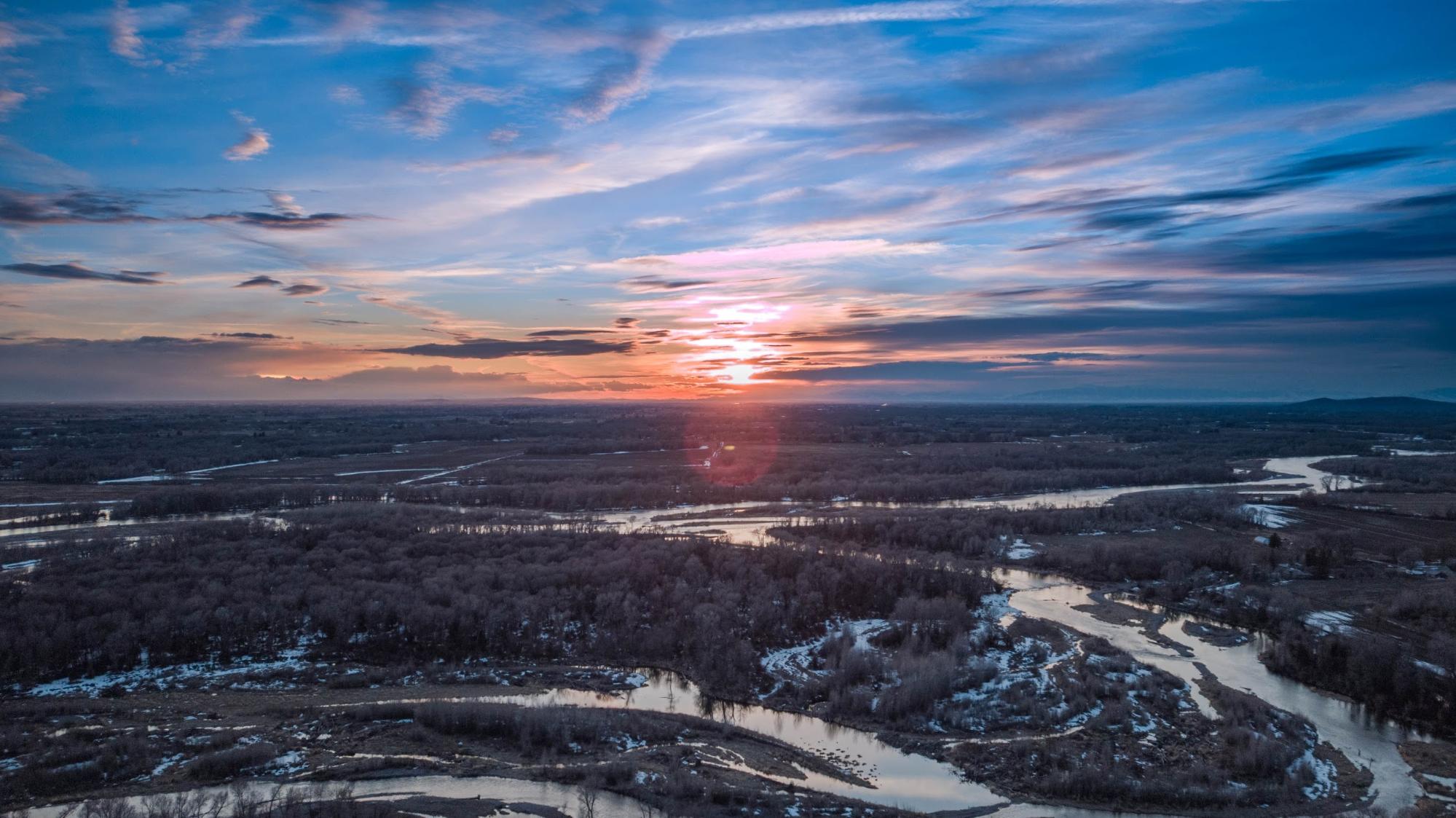 It is a very diverse area from a business establishment standpoint. The area is known for its more affordable rent than the main Boise Metro area, which attracts a lot of small businesses to set up in Garden City instead. There is also more land availability and a considerable amount of traffic from State Street and the Greenbelt.